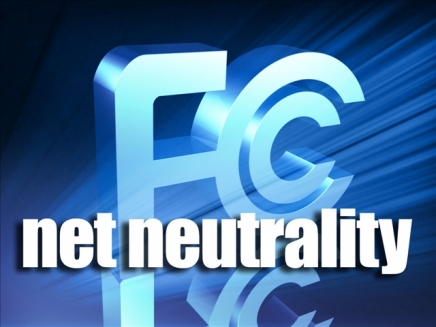 The way the U.S. Government regulates the Internet is back in play again. The outcome of the long running battle over “net neutrality” and regulation of the Internet – now more than 15 years old — is still uncertain. However, it is clear that the Federal Communications Commission (FCC) is stepping back from the stronger supervision of Internet Service Providers (ISPs) adopted in March 2015 under former FCC Chairman Tom Wheeler at the insistence of former President Obama.
On May 18, 2017, the FCC voted to release a Notice of Proposed Rulemaking (NPRM) to step back from the agency’s controversial March 2015 decision to treat ISPs as “common carriers” under Title II of the Communications Act. Instead, the “proposed rule,” will revert to classifying ISPs as providers of an “information service” and return jurisdiction over ISPs privacy practices to the Federal Trade Commission (FTC) – a clear indication of the direction the FCC will take under the current administration.
Law professor Tim Wu coined the term “net neutrality” in 2003.  As the FCC’s current Chairman Pai recently noted in an interview in the Wall Street Journal, the term “[i]s one of the more seductive marketing slogans that’s ever been attached to a public policy issue”.  Who can be against “leaving the Internet alone?” (“Why ‘Net Neutrality’ Drives the Left Crazy,” Wall Street Journal).   Apparently, many believe that it should not be left alone: the FCC received nearly 1.25 million comments submitted via the Internet in the three weeks following FCC Chairman Pai’s announcement that he intended to reconsider the Title II rules; nearly all opposing the proposal.
At the core of the dispute is the tension between the ISPs on the one hand, and streaming content providers like Netflix and Amazon, as well as Internet giants like Google and Facebook on the other.
Consumers fear a slowdown in service. The ISPs maintain the March 2015 common carrier regulation decision will stifle investments and ultimately produce what consumers fear:  a slower Internet.  Indeed, in the NPRM the FCC cited a decline in investment since the March 2015 Order in support of changing the rules.  The clash of interests highlights how outdated the old ways of government oversight of telecommunications have become. The Communications Act of 1934, was originally enacted to monitor the monopoly telephone provider at the time (ATT), based on the model of regulating railroad service and freight rates under the Interstate Commerce Act of 1887 – hardly a relevant basis for overseeing the backbone of 21st century technology.
The common carrier regulatory model prohibits additional charges for streaming content providers, which could be viewed as discriminatory. However, such a regulatory structure does not account for how ISPs pay for upgrades to maintain service quality as consumer demand increases for such content streaming.  Video content producers that stream large volumes of data, slow up Internet connections. Although the largest ISPs have agreed voluntarily not to charge the Netflix and Amazons of the world for doing so, where must the money come from in order to continue to upgrade capacity to maintain high speed download?  Retail consumers are concerned about higher rates, surcharges or deliberate “slowing” of service, yet these same consumers are customers of over-the-top online video gaming and streaming services that consume huge amounts of capacity.  Consumers always want more and faster service and they want it at the lowest price.
Given the current Republican majority, the FCC will likely eliminate Title II regulation of ISPs as it has proposed.  However, the decision can and will again be challenged in the courts (as has every prior rule on net neutrality).  Even if upheld by the courts, only Congress can define ‘net neutrality’ once and for all and give some degree of regulatory certainty to the regulations (which can be changed by a Democratic majority just as easily as the current Republican controlled FCC has done to the Obama era rules).
Net neutrality is now a hot political issue and despite current Republican majorities in both the House and Senate, it is uncertain whether a working majority in both exists that can adopt legislation to guide the FCC.  No matter who you are, in the debate over net neutrality, clearly nobody is neutral. Until Congress acts to give some greater definition to the term, successive FCC Chairmen will be able to reinterpret net neutrality as they see fit.

* This post was derived and adapted from a Rimon Law Client Alert “No Peace in Sight for Net Neutrality” by Stephen Díaz Gavin, who you can contact directly for more information.