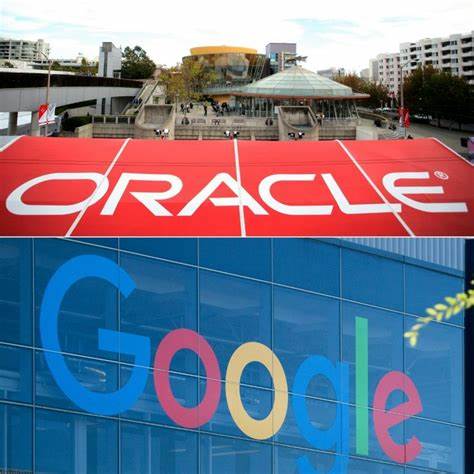 In a decision ending almost 10 years of litigation, the U.S. Supreme Court held today that the incorporation of about 11,500 lines of Oracle’s Java Application Programming Interface (“API”) code into Google’s Android operating system is a fair use, and thus does not infringe Oracle’s copyright in its Java operating system. It did not decide the issue of whether the API code is copyrightable.

The facts in the case are fairly straightforward. To create the Android platform, Google programmers wrote millions of lines of new code, but because Google wanted all other programmers, already familiar with Java, to be able to work with its new Android platform, it copied roughly 11,500 lines of code from the Java SE program.” (Slip opinion at 3) The Court noted “Google copied that portion of the Sun Java API that allowed programmers expert in the Java programing language to use the “task calling” system that they had already learned,” (Slip opinion at 8) including code that labels and organizes tasks within the program.

The Court considered the fair use provision of the Copyright Act (17 U.S.C. § 107), and although questions of fair use necessarily involves findings of fact—the province of a jury—the ultimate question of whether those facts constitute fair use is a legal question for judges to decide de novo.* Application of the fair use doctrine includes consideration of four factors: (1) the purpose and character of the use; (2) the nature of the copyrighted work; (3) the amount and substantiality of the portion used in relation to the copyrighted work as a whole; and (4) the effect of the use on the potential market for and or value of the copyrighted work.

Considering the nature of the copyrighted work first, the Court held that the declaring code was “inextricably bound” with the idea of organizing tasks and with the use of specific commands that Oracle did not claim violated its copyright. The Court concluded this factor “points in the direction of fair use.” (Slip opinion at 24) Turning to the purpose and character of the use, the Court found Google’s use of the Java API sought to create new products – also favoring fair use. As to the amount and substantiality of the portion used, the Court noted that Google copied 11,500 lines of code out of about 2.86 million lines in the Sun Java API code, or about 0.4%. “The ‘substantiality’ factor will generally weigh in favor of fair use where, as here, the amount of copying was tethered to a valid, and transformative, purpose.” (Slip opinion at 29)

With respect to the “market effects” of Google’s use of the Java API, the Court noted the market for Java was primarily laptops and desktops and previous efforts to adapt Java for use in mobile phones had largely been unsuccessful. Google’s economic expert testified that Android was not a market substitute for Java’s software because the products operate on very different devices – presumably because Android was developed in order to operate efficiently on mobile devices, with far less processing speed and memory than desktop and laptop computers on which Java was designed to function. Considering the effect of programmers widespread knowledge of Java, the Court concluded that if they allowed enforcement of Oracle’s copyright claim it would effectively limit future creativity of new programs, a principle inconsistent with the basic creativity objectives of the Copyright Act.
You can read and/or download the entire Supreme Court decision right here:  2021.04.05 Oracle v Google SCOTUS Opinion Decision No. 18-956.

Need to know more about this decision and its implication. Need help, feel free to contact Eric C. Cohen directly. As always you can contact me, Joe Rosenbaum or any of the lawyers at Rimon Law with whom your regularly work.

* The Court cited its own decision in Markman v. Westview Instruments, Inc., 517 U.S. 370, 376 (1996)—a patent case—for the proposition that the Seventh Amendment does not include the right to have a jury resolve a fair use defense. This holding may become fairly significant for its potential application to the issue of obviousness in patent cases. 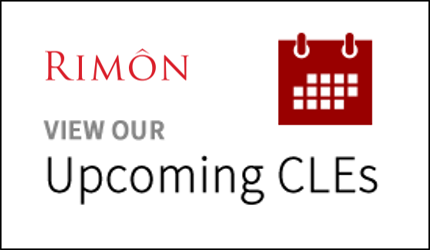 Enrollment for the 2019 Rimon Law CLE Webinar Series being held in January is now open, so don’t wait too long to register!

Don’t miss the chance to register, to learn and to earn CLE credits.

This January (2019) we will be offering the following programs:

To get dates, times and more information and to register for any or all of them go to 2019 Rimon Law CLE Webinar Series.