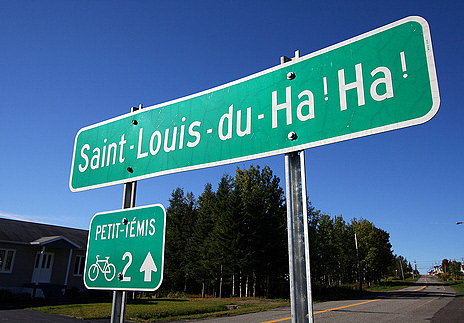 The only city in the world with an official name that includes two exclamation points is the municipality of Saint-Louis-du-Ha! Ha! in the Province of Quebec in Canada. The name can officially be traced back to an archaic French term, “The haha,” which means an unexpected obstacle or dead end. It seems to refer to Lake Témiscouata, which came into view unexpectedly and quite suddenly for early French explorers in Canada.