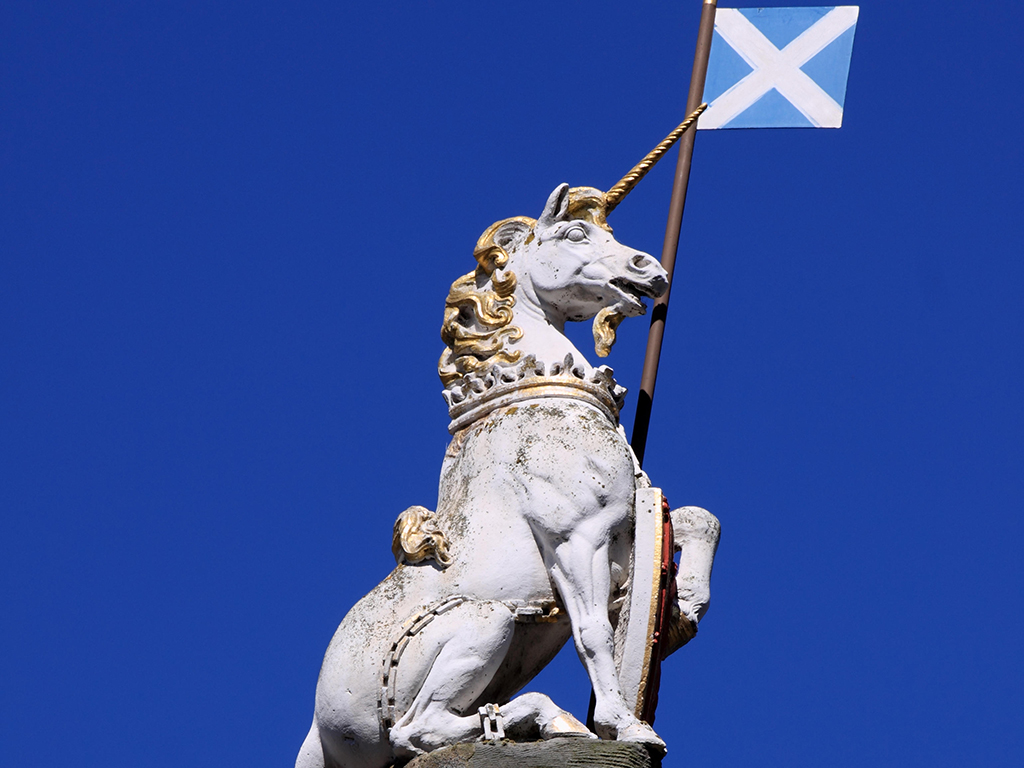 The unicorn is the national animal Scotland.

The first recorded reference to a Unicorn dates back to the 5th Century. The ancient Greeks believed them to be real, fiercely wild and independent and Celtic mythology envisions the legendary creature with purity, innocence, and mystical powers.

In medieval times, the Unicorn was used by Scotland’s royal line on coats of arms and coins to represent them and in royal heraldry are always shown with a gold crown, attached to gold chains wrapped around them, and tethered to the ground.

No one knows for sure, but some say Unicorns, natural enemies of lions that have long been symbols used by English royals, reflect the long-standing rivalry between Scotland and England!

However it arose, elusive and impossible to capture, the imagery of the Unicorn suits a nation that has always been impossible to stifle and difficult to conquer.