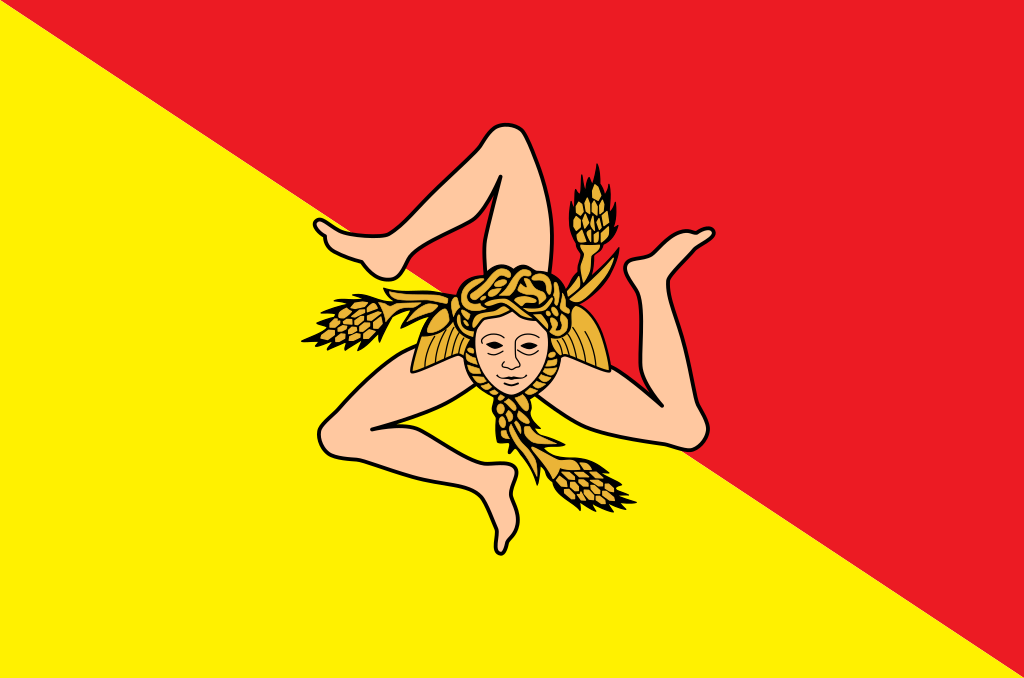 Sicily, whose capital is Palermo, is the largest island in Mediterranean Sea and is one of 20 regions that make up the Italian Republic (Repubblica Italiana).

The island of Sicily, known as Regione Sicilian, is separated from the Italian mainland by the Strait of Messina and is one of five autonomous Italian regions. The County of Sicily was originally created by Norman conquest in the early 11th Century and led to the creation of the Kingdom of Sicily in the 12th Century. This Kingdom existed until 1816, when it became part of the Kingdom of the Two Sicilies – the result of a union with the Kingdom of Naples. Sicily formally became part of Italy after the Italian unification and a plebiscite that followed the revolt led by Giuseppe Garibaldi in 1860 and in May of 1946, Sicily was accorded special status as an autonomous region.

Byzantine, Arab, Roman and Norman rule over Sicily throughout the centuries has led to a diverse and rich culture of art, music, literature and of course, food. With a population of approximately 5 million today, archeologists have fond evidence of human presence on Sicily as early as 12,000 BC and it boasts historic archaeological sites and remnants of many of these ancient civilizations. Among all of its well known characteristics, Sicily is also well known for its landmark Mount Etna, one of the tallest and most active volcanoes in Europe.