In 1918 there were no Academy Awards. But there was another Oscar! Oscar Micheaux, who taught us something about financing media and entertainment projects – perhaps the first crowd funding entrepreneur in the publishing and motion picture industry.

If you would like to know more about crowd funding and what’s new and what’s next (and about Oscar), you can read about it in Volume 25, Issue 3 of the Entertainment Law Review, where an article about crowd funding, authored by Joseph I. Rosenbaum, was first published by Sweet and Maxwell in London (a Thomson Reuters (Professional) UK Limited company.

You can read Joe’s entire article or download the PDF for your own personal use (i.e., not for redistribution) right here: Crowd Funding – A Funny Thing Happened on the Way to the Investment Bank. [PDF]

As always, if you want to know more about Crowd Funding (or any other matter requiring legal representation, counsel or guidance, please contact me, Joe Rosenbaum, or the Rimon attorney with whom you regularly work.

“I wandered lonely as a cloud
That floats on high o’er vales and hills,
When all at once I saw a crowd,”

. . . and so begins the beautiful and timeless poem by William Wordsworth. Although Wordsworth’s crowd was a host of golden daffodils, the crowds most of us have been hearing about lately are either crowd sourcing (check out When Online Games, Health & Life Sciences and Crowd Sourcing Combine) or crowd funding – the subject of this post.

In today’s world, according to the Wikipedia definition, “crowd funding” refers to the collective effort of individuals who network and pool their money, usually via the Internet, to support efforts initiated by other people or organizations.”

There remains some confusion in the marketplace as to the mechanisms by which the crowds’ funds are made available to business ventures, film promotion and production, worthy causes, and civic organizations. Contrary to what many may believe, it is currently not legal to solicit, offer or otherwise make available any form of securities or equity investment (I’m over-simplifying, but that is the net effect) through online, crowd or other web-based funding schemes. In other words, you can’t raise equity or solicit investments through crowd funding that provide the expectation of profit or the risk of loss of capital investment – in much the same way the traditional stock markets function when they allow individuals to purchase and sell securities.

It is true that the U.S. Securities Exchange Commission has been talking about promulgating regulations aimed at legitimizing, with regulation and oversight, the use of crowd funding as an investment opportunity (and the SEC has publicly announced that it hopes to have the regulations released for comment this fall). But until the regulators promulgate rules and enable it, you can’t “invest,” and businesses and other ventures can’t “raise capital,” through equity or securities offerings through crowd funding.

So what’s the buzz about. Well, first it combines “power to the people” with “put your money where your mouth is” in ways unheard of prior to the Internet! Second, there are still opportunities to raise capital from the public in ways that aren’t illegal and don’t involve equity or securities. Currently, there are four major categories of crowd funding activity. To wit:

I am a musician (not really, it’s just an example) and I tell you that if you pay me $1,000, I will write a song to or about you. If you pay me $5,000, I’ll not only write the song, but if I’m nominated for a major music award (e.g., Grammy, VMA, CMA), I’ll get you two tickets to the awards show. That is referred to as the ”rewards” model of crowdfunding.

Next is the ”pre-payment” model. Please send me $5 and when the song is completed, but before it’s released and available to the general public for $7, I will send you a copy. If I offer to autograph it for another $3, I’ve combined the pre-payment and rewards model.

Then there’s the cause-related model. Listen, I am talented and you love good music, but I’m starving. Please just send me $10 so I can eat, rent recording studio time, and try to publish and distribute my music. Pure online begging – there is no expectation of anything in return.

Last, but not least, the ”loan” model. Please help finance the production of my music, my tour (I’ll send you a T-shirt) and just lend me some money. I promise to pay you back when I start making money – but, WITHOUT interest. There must be no expectation that anyone who lends money will make a profit (interest) on the loan. While there may still be lending laws that apply as to how this is done, it won’t trigger the prohibitions under securities’ laws, as long as you don’t pay interest.

In conclusion, while there are some high-profile examples of projects that have raised millions through crowd funding, most do not – at least not yet. In fact, most commercial ventures raise very little through crowd funding. In the words of Wordsworth: “A poet could not but be gay, In such a jocund company. I gazed – and gazed – but little thought, What wealth the show to me had brought.” 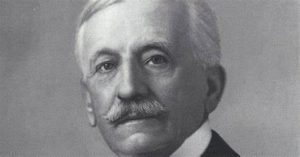 “A ship in harbor is safe, but that is not what ships are built for.” 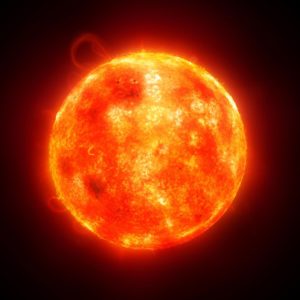 Although extraordinary for us here on planet Earth, our sun is an ordinary star composed mainly of Hydrogen and Helium.  Scientists tell us it is only one of the approximately 100 billion stars that exist in the Milky Way, our galaxy. Scientists believe the sun began to take shape over 4 billion years ago from…