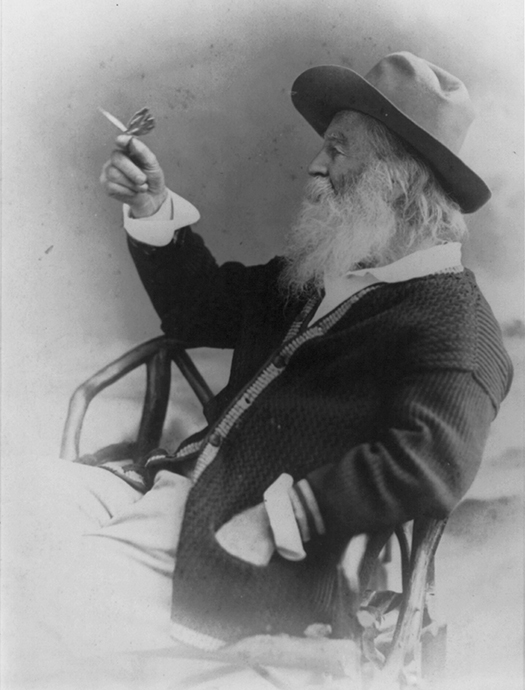 On May 31, 1819, one of the greatest American poets, Walt Whitman, was born. A native New Yorker, Whitman grew up in Brooklyn and became the editor of the Brooklyn Daily Eagle External. Over time he started experimenting with poetry without a regular rhythm or rhyme – now referred to as ‘free verse.’ His famous poem Leaves of Grass was first published anonymously in 1855, but he kept revising and enlarging the poem – the final, ninth edition was published in 1892, the year Walt Whitman died.
P.S. Walt Whitman shares a birth date (but not the same year) with Clint Eastwood.